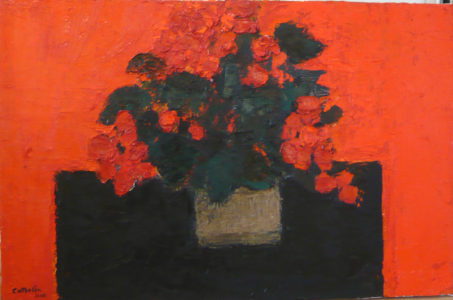 Bernard Cathelin was born in Paris in 1919. Throughout his life, he kept a deep love for his country and, particularly for the Drôme region, the cradle of his maternal roots.
A former student of the Ecole Nationale Supérieure des Arts Décoratifs de Paris, he always kept his unique style of painting, mainly on oils on canvas, using brushes or knives.

His palette is extremely rich in color and substance and has been influenced by the countries where he has lived. First of all, the Drôme region that was his childhood home. Mexico, India, inspired him too. Later in his life, Japanese architecture became his work’s inspiration up to his last creations.