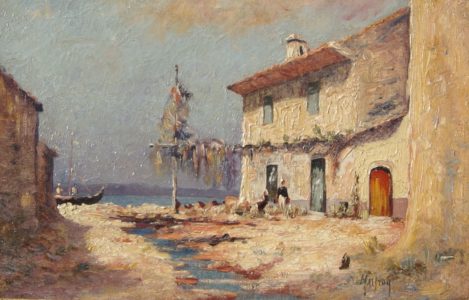 Henri Malfroy or Malfroy-Savigny is a post-impressionist painter of landscapes, seascapes.
Born January 15, 1895, in Martigues, he died in 1942.
He did his internship at the Ecole des Beaux-Arts in Paris under his father Charles Malfroy, with whom he is often confused.
He exhibited regularly in Paris at the Salon des Artistes Français and the Salon des Indépendants until 1934.
Using a technique close to the Impressionists, he painted the coast and ports of Bouches-du-Rhône and Var. He also did Parisian and banks of the Seine landscapes.
Settling in Martigues, he broadened his technique and enlightened his compositions, as Provençal landscape painter Ziem did.